Reflections on the 2009 IHI National Forum

December has been an exceptionally busy month for me so far. Lots of preparations for Christmas, and that's all good. Almost all the gifts are procured, and the cash shelled out.

But certainly a big highlight of the month is that I was privileged to attend my first National Forum on Quality Improvement in Health Care, from the Institute for Healthcare Improvement (IHI). I want to get my initial thoughts down here before time scatters them irretrievably.

In my capacity as a data and analytics guy, the Forum was very helpful in learning new techniques and reviewing old ones I haven't been using. I also got plugged in to some of the best discussions about processes in our organizations that are particularly vexing to improve.

I took few pictures, for various reasons. However, I could not resist capturing one of the most interesting phenomena, ironic for a high-tech conference where the biggest complaints I heard were shortages of AC outlets for recharging laptops and of available WiFi connections during the sessions. The snapshots depict a refreshingly low-tech, simple poster board with red and silver pushpins. It shows the elements of IHI’s outstanding Improvement Map which is, of course, accessible online. Attendees were asked to put a silver pushpin in cells where their organization has achieved successful improvement, and a red one where implementing effective change has been most challenging. It looks like there are a lot of us out there struggling with medication reconciliation, as well as with patient transitions and handoffs. These are truly the pictures that speak a thousand words, so I won’t waste more of them at this time.

Special thanks to my colleagues from CHP and its constituent regions and facilities. They made the data geek feel at home. Big thanks also to those whom I met — both physically and virtually — at the Forum. Here's a big surprise (ha ha) for those who know me: I made liberal use of social media, particularly Twitter, in this regard. A number of us tweeted during and after the sessions, engaging at times in a substantial dialog. I had never done the live blogging bit before, but I found it a useful way of getting a wider range of thoughts on the proceedings than just talking to the person next to me. (In one thankfully isolated case, let’s call it an outlier, the latter would not have worked. An unfortunate gentleman next to me at the Wednesday morning plenary fell asleep and was actually snoring!)

As IHI vets know, the touchstone for Forum discussions is always the keynote speech of Don Berwick. And Don did not disappoint. Because I'm trying to distill all my thoughts on the event in a single post, I'll leave it to others more eloquent than I to do the full exposition. One great place to start is Paul Levy's blog post, Running a Hospital.

There is plenty to discuss, even argue about, in the viewpoints for Don's sources on the Tragedy of the Commons and how to avert it. But what positively resonated most for me was the insight that the farther one gets from the local community, the less likely that "command and control" solutions will solve the underlying problems. We as healthcare organizations, in concert with the local communities we serve, must reform healthcare, one community at a time. Yes, while that takes longer and is much less predictable than letting Washington take care of things, it is ultimately more effective. (As I put it with one of my Facebook friends, we must be the drivers, else the government will grab the wheel and take us all for a very expensive ride.) What's more, it is an approach that's consonant with the principles on which the United States of America were founded.

OK, on very briefly to other stuff. Great breakout sessions and minicourses from Bob Lloyd, Richard Scoville, Davis Balestracci (who can actually make statistics fun!), and the aforementioned Levy, who should be a plenary speaker at a future Forum if indeed he hasn't been one already. There were outstanding examples of improving, one organization at a time, from exemplars like Cincinnati Children's Hospital and Poudre Valley Health System. And a thought-provoking send-off address by Uwe Reinhardt, who may have a second career as a stand-up comic if that healthcare economist thing doesn't work out for him. (Who woulda thought it?) I may reflect on some of these later, but I must shortly get back to the season at hand. There's more data to crunch, and more lights to hang! 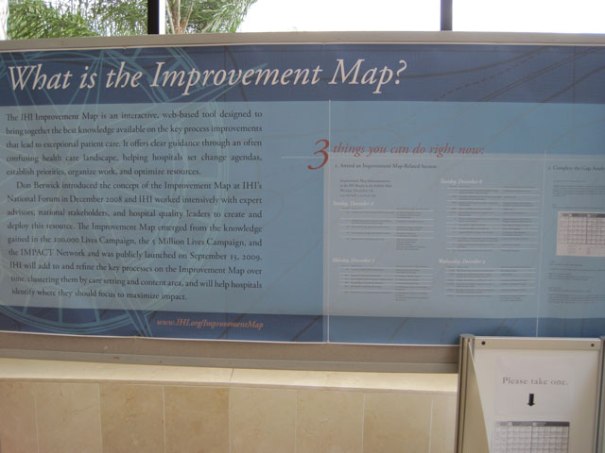 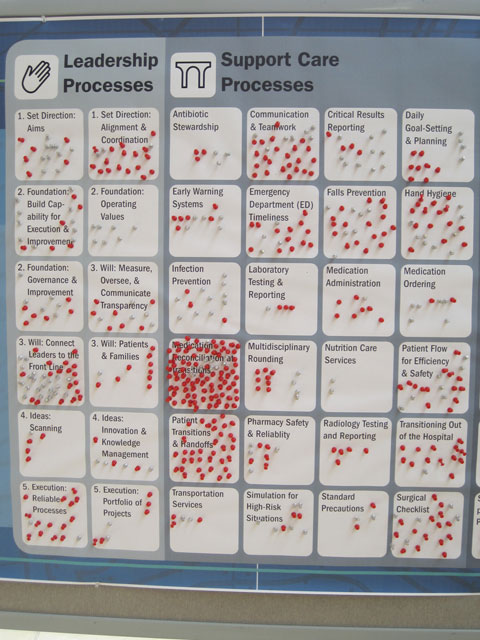 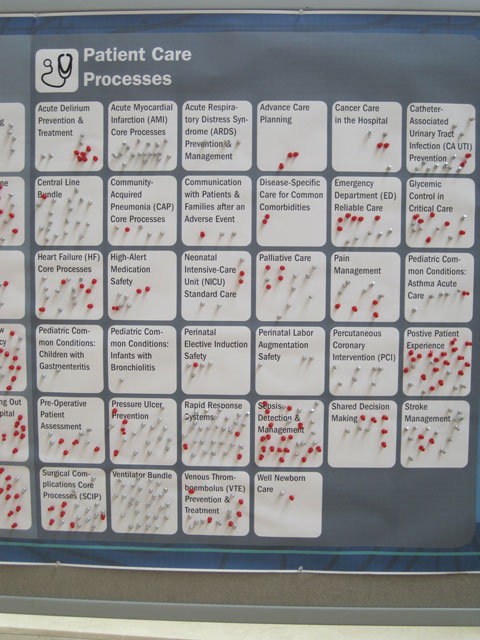 Tagged with: Healthcare
Posted in Uncategorized

2 comments on “Reflections on the 2009 IHI National Forum”